We Are World War III©1


Over the past few months I’ve been trying to put my thoughts and sentiments about the tragedies into words that more and more feel like gut punches. There are really no words that can accurately describe the feeling. The closest I can come is to recall a scene from two different movies. The first is of Howard Beale, played by Peter Finch in the movie Network. He begins the famous academy award-winning scene by saying: “I don’t have to tell you things are bad. Everybody knows things are bad. It’s a depression.” His rant peaks when he tells the TV audience to go to the window and yell, “I’M MAD AS HELL AND I’M NOT GOING TO TAKE THIS ANYMORE.”

But, alas, one more episode of horror is unleashed and I am forced to take another punch to the gut. Yes, I am mad as hell and feel like yelling. We all need to keep yelling until a critical mass throughout the world moves us back to a place of compassion.

In the movie “The Green Mile,” John Coffey, played by Michael Clarke Duncan, has extraordinary powers for healing. He feels everything so deeply, especially the pain of the world, which he takes into himself. He tries desperately to take away the pain, illness and evil in people. He did it in several scenes, most famously with Paul Edgecomb, played by Tom Hanks, who has a urinary tract infection that Coffey extracts out of him.

It is clear that John Coffey possesses miraculous powers and goes on to heal the warden’s wife of cancer. He is in prison but is innocent, his prison sentence brought about by racist hatred. Coffey, who is to be put to death, says before he dies:

“Mostly, I'm tired of people being ugly to each other. I'm tired of all the pain I feel and hear in the world every day. There's too much of it. It's like pieces of glass in my head all the time. Awful tired now. Dog-tired. Can you understand?”

Still, I try to make sense of it all. In the name of what God or ideology except desperation, insanity and a yearning to die would anyone kill innocent children? I can’t even bring myself to remember the most recent massacre, let alone Sandy Hook or Columbine. The pundits, philosophers and experts wonder as well. Their musings wander aimlessly amidst myriad plausible explanations, from individuals associated with extremist groups spawned by economic, social and political disparities to imbalances within individual’s psychological state that drives an increase in “lone wolf” atrocities.

It’s all too excruciating, and I move away from painful feelings and anxiety into wonderment at the largest level of interconnectedness. I hear my indigenous heart and the voices of my ancestors yelling. "All things are related". What if we are all World War III? Every individual can declare war on every other 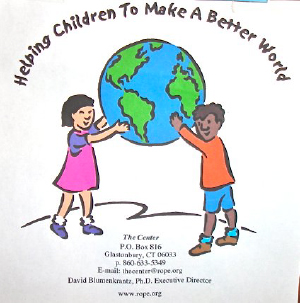 individual. It is unlikely that we will ever experience again another world war like the previous two, with large order, multi-national forces invading and engaging in warfare. In a global village, anyone can wage war on everyone else. That continually places us all in a heightened state of readiness and fear. We don’t have duck-and-cover drills, like we used to in the 1950s and 1960s to prepare for nuclear attack. We are now in a constant state of duck and cover, ever vigilant that we are World War III. We are all at once victims, and a growing number are becoming perpetrators. We are all related to each other and everything on our sacred Earth. We are all getting to be dog-tired.