The Children are not well. END_OF_DOCUMENT_TOKEN_TO_BE_REPLACED

Earth is a living, sentient organism in an intimate interactive and interdependent relationship with all living species, including human beings - a truly symbiotic association. This is a constantly evolving and adapting ecosystem where Earth and its ally, weather, when needed, serve as an initiator of humans in order to transmit essential lessons necessary for whole planet survival. END_OF_DOCUMENT_TOKEN_TO_BE_REPLACED

Posted on November 8, 2012 by David Blumenkrantz

I'm reminded of a story. In 1984 Wethersfield Connecticut was celebrating their 350th anniversary. At the time I was the Director of the town's Youth Service Bureau (YSB). To honor the event I had the "brilliant idea" of having students, who had been in ROPE®, break the world’s circle sit record. Notice I didn’t say, “try to break the world’s circle sit record.” The formulation of brilliant ideas rarely considers that they may not work or the energy, resources and effort necessary to “try them,” let alone have them succeed. END_OF_DOCUMENT_TOKEN_TO_BE_REPLACED

In the March blog I discussed our work with PRiMO - the Pacific Risk Management Ohana, which is a collaboration of local, national and regional agencies, institutions, organizations and academia. Over the past several years a growing number of federal agencies have begun to recognize the essential value of youth engagement and the role of rites of passage. At the March PRiMO meeting a major shift occurred. The Indigenous Knowledge and the Environment Hui (IKE Hui) chose "youth integration" through the youth and community development through rites of passage framework as its project for 2012-13. It was a great honor to be appointed "Co-steersperson" (chairman) of this distinguished group, along with Kesner Flores, Kapay Allaince and Jean Tanimoto, Pacific Services Center. END_OF_DOCUMENT_TOKEN_TO_BE_REPLACED 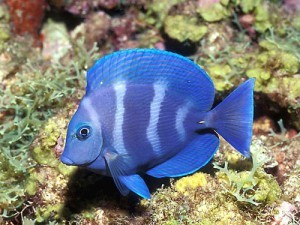 In almost all traditional cultures there are similar concepts of “oneness” and the interrelatedness of all things. END_OF_DOCUMENT_TOKEN_TO_BE_REPLACED