What if individual psychology took another path than the one guided by the idea of the “Sturm und Drang” “storm & stress” of adolescence? What if this path less-traveled led to community-oriented rites of passage which satisfied youth’s deep craving for the ancestral wisdom of the Universe. . . and simultaneously affirmed that parents, too, would continue to grow and contribute as they transited mid-life? – A path that revealed and reveled in ehrfurcht und wunder – awe & wonder…

"To be a person is to have a story to tell."
Isak Dinesen

For over one hundred years Western society has focused on and written stories (theories) about the period of puberty and a child’s transition to adulthood
within an individual psychology. This orientation pays little attention to an interconnected whole system’s design that is more aligned with Eastern philosophy (Nhat Hanh 2005, Plotkin 2007) and traditional indigenous wisdom. G. Stanley Hall (1904) was among the first Western academics to address human development within a newly emerging field of psychology where he began to articulate the concept of “adolescence” as a period of “sturm und drang” or “storm & stress”.

Did G. Stanley Hall’s own adolescence inform his early conception of adolescence as a period of crisis? Hall was born on a farm in Ashfield, Massachusetts on February 1, 1846. He was raised under modest circumstances by devoted and strict Congregational parents. His mother, Abigail, had her heart set on seeing her son Granville (that’s what the “G” stands for) become a minister and pushed him to go into ministry. Granville became distraught and wanted none of this. Without being able to escape his mother’s strong will, he used her insistence as his reason to continue on with his education, under the guise of preparing for the ministry. At the age of 14, Hall grew increasingly agitated. He began a journey of his own and left home, climbing a hill for a day-long vigil. There he saw his life unfold in quite a different manner and perceived another path opening up to him. It was then that he made a vow to himself that he would leave the farm, not become a minister, and would become something in the world. In a sense he designed his own initiatory experience with a mini vision quest and rite of passage that propelled him onto his path and next phase of life. Were the seeds for his later formulation of “sturm & drang” planted atop that hill? 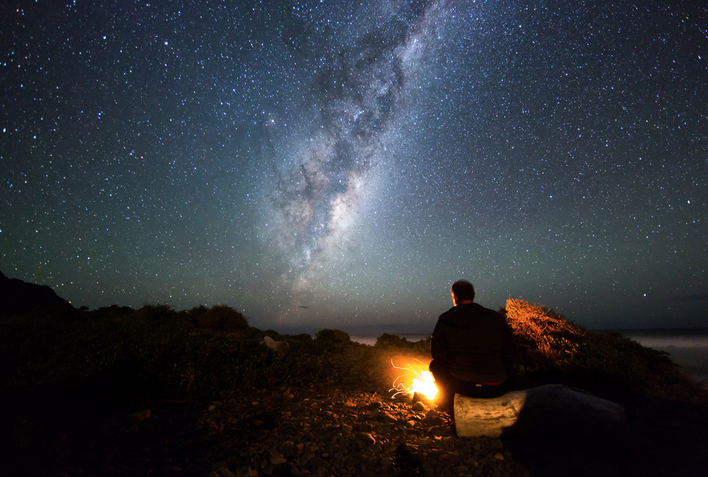 What if children’s transition to adulthood was also about something much more? - Something that by evolutionary design served to reinvigorate parents and community and gave “place” to a spiritual emergence in young adults? What might be different today if, while sitting on top of that hill on his own personal vision quest, G. Stanley Hall perceived a connection between all things and perceived adolescence as a period of awakening, awe and wonder yearning for great possibilities?

For millennium community-oriented rites of passage connected to and informed by one’s culture and lifeways (Wildcat 2009), the place in which one lives were our shared story. If the themes, elements, designs and symbols within those rites of passage stories are remembered and we help them to emerge and enacted again in our communities we can transform our future.

One new, innovative approach called PIE®, the Planetarium Initiatory Event® gives children entering puberty and their parents an opportunity to share a powerful “hilltop” experience in a place – a planetarium – where they can enter into the story of the Universe, remember our shared story and help each transition into their own new story and adolescence transition to adult and parents transition into and through mid-life. A potential period of “crisis” stress & storm can become a period of awe and wonder.

For more information on community-oriented rites of passage visit: www.rope.org. To help change the story and transforming the future of your community learn how to make and serve PIE to nourish life at: www.PIEvent.org. 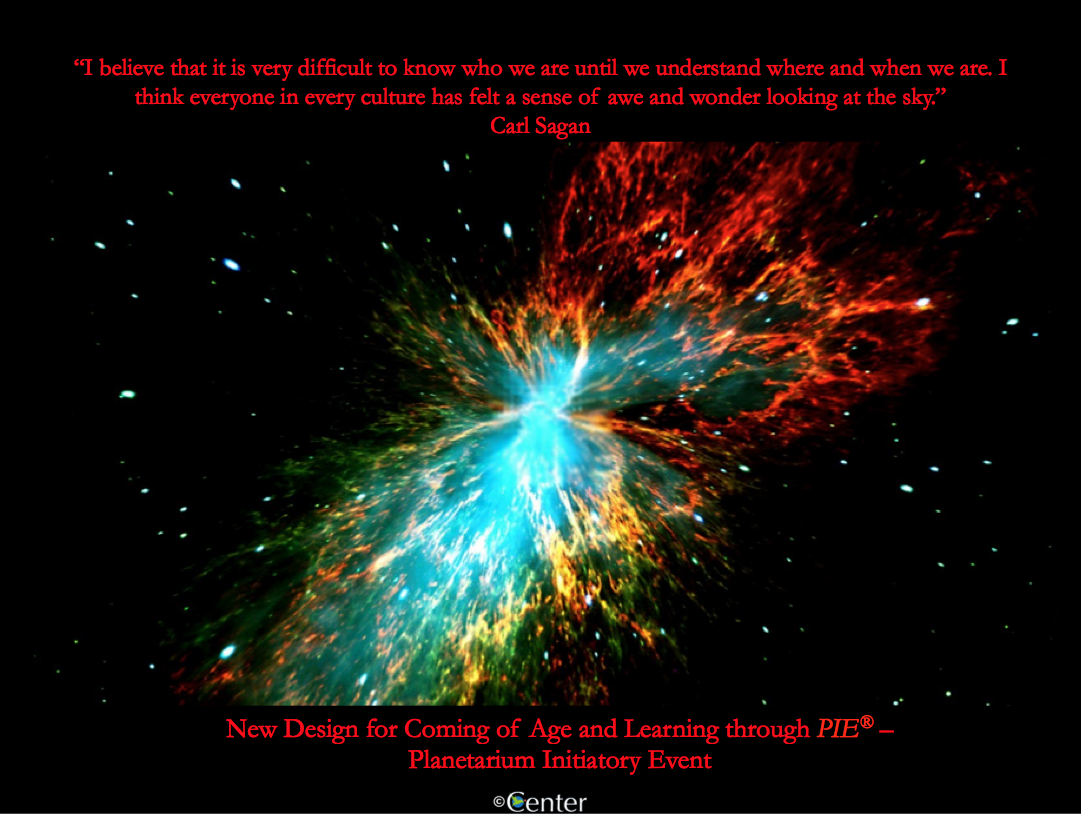