Living In A Locker Room World? What’s Education Got To Do With It?©

Posted on December 21, 2017 by David Blumenkrantz 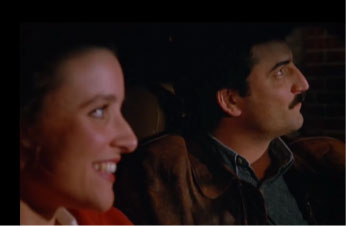 Some of the best advice I’ve ever received: Start your day reading the comics and watching old Seinfeld episodes.

The other day I watched a Seinfeld episode from 1992. In it famed N.Y. Mets 1st baseman Keith Hernandez was featured going out with Elaine. Sitting in a car at the end of a date Elaine and Keith are thinking about the goodnight kiss. Elaine is hoping for a kiss. Keith is wondering if he should - will it be accepted or rejected.

Wow! I thought, this sounds just like Trump’s famous lines: “When you’re a star, they let you do it. You can do anything,” 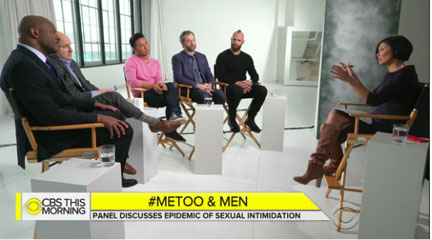 In this stellar video (Approx. 8:00 minutes) Judd Apatow talks about the tidal wave that’s happening. “Isn’t it amazing,” he said, “that so many people have felt the need to be silent for so long. How terrible must the environment be that right now as a result of the internet…. people feel safe speaking up.”

N.Y. Giants player Mark Herzlick went on to say that boys are “indoctrinated” and learn a “vernacular” and an ideology to conquer women. They learn this in locker rooms. Remember, that’s what Trump said: “It’s just locker room talk”.

And, here’s the thing…

Where are these locker rooms, these places of indoctrination and initiation of boys to men? They’re mostly in schools. Why are we not examining how public education and youth development policies and practices set in motion and support this kind of ideology and expectation for behavior?

Aren’t these widespread revelations about sexual harassment and other forms of dehumanizing, disrespectful and harmful behaviors “evidence” of the inadequacy and dangerous education and youth development practices to which our children are institutionally subjected?

Are the present vitriol in politics and unethical practices in the financial industry leading us to the brink of global economic collapse, racism and classism, assaults against the environment all related to past decades and generations of wayward educational and youth development policies and practices?

Evidence-based practices in education, medical and social sciences are today’s gold standard for service delivery. Aren’t mean behaviors, incivility and disrespect, so prevalent in America today that they represent the most substantive and accurate measures and evidence of the decades of inadequate policies and practices of the major institutions that influence our children’s ethics and moral development?

Something needs to change.

And, here’s the final thing:

Where in our history as human beings is evidence of practices that instill cultural and community’s values central to individual wellbeing and the survival of our species? They exist in rites of passage - rituals occurring during major life-cycle events like, birth, coming of age, marriage and funerals. What do we need to do to remember the rituals and community-oriented events that forge intense ethical and empathetic human social bonds?

Part of the answer can be found in a recent article published on-line in Aeon: “Trial by Fire.” It details how ritual behavior, especially those that entail danger, risk, pain, and synchronous movements boost individual wellbeing and social cohesion. Decades of observation and participation in community-oriented rituals revealed that collective rituals makes everyone in the setting “feel like one.”  They “awaken our most primitive social instincts, producing that transcendent feeling of losing oneself into the group that Durkheim called ‘effervescence’.”

The rest of the answer lies in the Oxford University dictionary 2017 word of the year “Youthquake.” This word is an amalgamation of “youth” and “earthquake” defined as: “a significant cultural, political, or social change arising from the actions or influence of young people.”

When youth come together with adults brave enough to recognize the need to change the existing conditions an “youthquake” is possible that cause a cultural shift for reorganizing our human relationships in ways that nourish life.

Imagine what America and the world will be like in another generation if nothing changes? What are the consequences if we wait? Will we all be comfortable living in a “locker room world”?

For more parts to the answer visit the Center for Youth & Community, Inc. an on-line center for learning together about youth and community development through rites of passage, click here.

¹The Trump administration just banned the use of 7 words in any government report: evidence-based, science-based, fetus, diversity, entitlement, transgender and vulnerable.

Posted on December 5, 2017 by David Blumenkrantz

“I believe that it is very difficult to know who we are until we understand where and when we are. I think everyone in every culture has felt a sense of awe and wonder looking at the sky.”
Carl Sagan END_OF_DOCUMENT_TOKEN_TO_BE_REPLACED