What’s the Story With Play?©

Posted on August 1, 2014 by David Blumenkrantz


“You can learn more about someone through
an hour of play than a year of conversation.”
~ Plato

“Summertime. And the living is easy.” While most of Europe and other countries are on holiday labor in the U.S. continues in pursuit of gross national product. Our gross national play and re-creation lag far behind other nations. What’s the story with that? 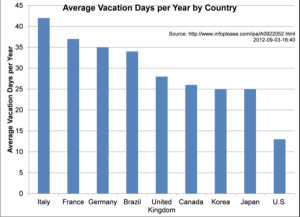 Play serves survival
Play is a central element in the architectural framework for youth and community development through rites of passage.

The concept of play is complicated and defining it elusive. Without actual experience, attempts to define it fall short. Some have suggested that authenitic play is spontaneous and purposeless activity that is engaged in solely because it is pleasurable.  I like to think of play as “Secular Spirituality”. 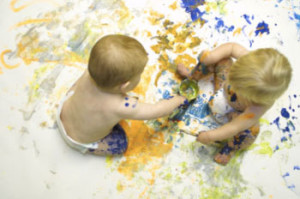 “Spiritual” in the sense of suspension of time and space fostering personal transcendence from ordinary states of reality and temporal relationships, while achieving a level of ecstasy accompanied by an enhanced sense of connection to others and the universe at large. “Playing in the zone,” is one articulation of this phenomenon.

“Secular” in that everyone can play together regardless of gender, socioeconomic position, culture, religion, and physical or developmental capacities.”1

“Do you want to play with me?” This is one of the first invitations for encountering the world outside of one’s self by the youngest child.

Designing as if play mattered
In one community-oriented rite of passage design strategy, the Rites Of Passage Experience© ROPE®, play is a central feature. It is the primary design principle in the second phase of a community’s rite of passage.

The opportunity to help children find their “bliss,” those activities in which they can immerse themselves with great passion and from which they receive unbridled joy, should be a central focus in all youth and human development. Play is secular spirituality and a primal way for essential learning, awakening, laughter, love and a sense of connection and community. Play may be one of the only forms of interspecies communication.

“As in all animals,
and humans are animals,
play is one of the most powerful ways
youth build their social competency.”3
~ Neumann 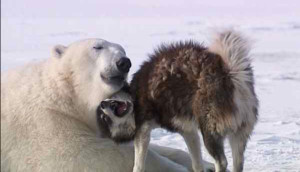 What’s the story?
Initiation occurs over a period of time, within different environments, such as school, family, community, nature, and culture. Each environment is integrated within a living universe where all things are connected. Each environment holds an opportunity for the unfolding process of initiation. This is characterized by learning certain attitudes and skills for achieving a sense of competency, fulfillment and connections within each environment.

A community-oriented rite of passage offers a common story and language for raising  children. In the second phase of ROPE® during middle school, the language of rites of passage is used to integrate the lessons learned within a community design for intentionally guiding youth to find and “experiment” with healthy forms of fun through play.

“Human play, especially the play of the child and the artist,
becomes the conceptual key to the universe.”
~ Friedrich Nietzche, 19th Century German philosopher

Go out and enjoy the day.
Play as if your life depended on it.

For more on play visit:
The Encyclopedia of play science @ http://www.encyclopediaofplayscience.com/

And –
The National Institute of Play @ http://www.nifplay.org/

Listen to Stewart Brown with Krista Tippett On Being – Play, Spirit and Character (http://www.onbeing.org/program/play-spirit-and-character/143)

© David Blumenkrantz, 2014. No permission is granted to copy, extract language or design principles, without permission and appropriate reference and citation.