Posted on September 8, 2015 by David Blumenkrantz 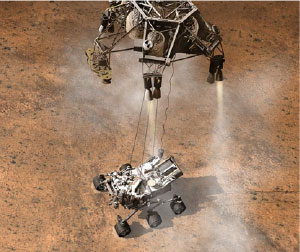 A one ton roving robotic laboratory landed on Mars August 6, 2012. It’s name: Curiosity. We continue to make amazing advances through technology. Curiously, can we say the same thing about advances in helping to educate and raise our children?

I was listening to “Marketplace” on National Public Radio several years ago. It must have been a slow day for business news because they had this story about the most difficult job in the world. They started the story by saying that the news crew was confronted with this really, really difficult problem. They said to each other, “We ought to be able to figure this out because after all it’s not brain surgery.”

Then they started talking and began to wonder what the brain surgeons say when they run into a really difficult problem.

The idea for a news story was born.

Like any good journalists tracking a story they followed up on the brain surgeon’s tip and called the Houston Jet Propulsion Laboratory and asked to speak to a rocket scientist. They got a nuclear engineer (the scientific name for a rocket scientist) on the line and asked him, “When you’re designing one of these rockets and you hit a really difficult technical problem, what do you say to each other? ‘We should be able to do this. it’s not are hard as...’ ” He thought for a minute and responded, “We would most probably say, ‘We should be able to do this, it’s not as hard as trying to solve the major problems confronting human services, especially the problem of helping children grow up well in this country’.”

Language is Consciousness. In order to change the story we need to learn a new language to inform and guide the emergence of our collective story. This is harder than brain surgery or rocket science!

Let’s Learn with and from each other! 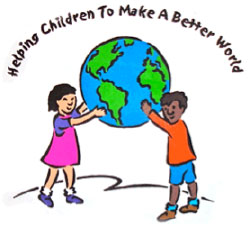