How Do We Get To The Rite Story?

Posted on July 6, 2016 by David Blumenkrantz


We explore youth & community development through rites of passage as the rite story in our a post featured on “All Things Healing” – “When We Get Our Story RITE We Get Our Future Right.”

“Wrapped in a synthesis of ancient stories from antiquity, youth & community development through rites of passage can be the RITE story for modernity. When you come right down to it we have central “stories” in the form of theories that inform policies (another form of story) that result in programs, which are the manifestation of the theoretical story in action. All of these stories—theories, policies, programs - are “delivery systems for the teller’s agenda.” They are based on the teller’s worldview. Current perceptions or worldviews in contemporary public education may not always be aligned with all students’ central values or culture. We only have to reflect on Native American boarding schools during the late nineteenth and early twentieth century to know how in America’s education policies the “story” was the “delivery system for the teller’s [government] agenda.” To finish this story click here.

EMERGINGS
Let’s say men and women begin
as slime, and some of us crawl
out of the sea, and fall into circumstance
fraught with danger, and cannot survive,
but do, slithering into a cave
where the stories evolve, first as pictures
on the walls, then as grunts that turn
into something like words. For years,
though, biology reigns. Our bodies go
this way or that. Our culinary wisdom
is to eat more than get eaten.
Our good sense is to follow a guess.
Let’s say sometimes the accidental
is the beginning of possibility.
We discover that when we’re most afraid,
when catastrophe looms, opportunities abound.
We learn the power of slings and stones.
And the best storyteller emerges
from all of those wishing to explain.
Let’s say he knows we need someone
to admire, and says a hero is a person
who blunders into an open cave,
and that it takes courage to blunder.
Let’s say he also says something about
the beauty of slime. His story lives
for a while because of its memorable turns,
its strange moral fervor, while the others’—
merely accurate and true—disappear.

If we want to solve the most pressing problems of our time we must look not only to the scientists, but the philosophers, artists, poets and storytellers. For it will be from the heart and slime of human kind that pathways will emerge. 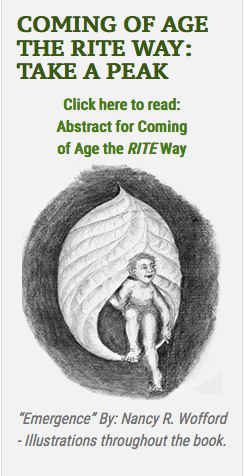