This article is in honor and the memory of one of my all time heroes Muhammad Ali 2. 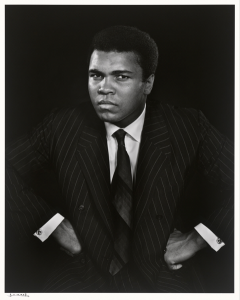 The recently released report from the U. S. Department of Education Office for Civil Rights reveals discouraging data about which our children have been screaming at us for years. The 2013-14 Civil Rights Data Collection is a survey of all public schools and school districts in the United States. The study included 50,035,744 students from 95,507 schools. It is not good news for everyone in a country that calls itself the “United States.” The data reveals that we are not a nation united in our support of education and youth development for all of our children.

Is this the kind of “Head Start” a united states should be proud of?

“Racial disparities in suspensions are also apparent in K-12 schools: Black K-12 students are 3.8 times as likely to receive one or more out-of-school suspensions as white students.

• American Indian or Alaska Native, Latino, Native Hawaiian or other Pacific Islander, and multiracial boys are also disproportionately suspended from school, representing 15% of K-12 students but 19% of K-12 students receiving one or more out-of-school suspensions.”

Is this an indication that we are leaving many children behind - demonstrating the failure of “Leave No Child Behind?” Proving again that slogans don’t help our children.

The purpose of the American’s with Disabilities act (1990) was to provide a “national mandate for the elimination of discrimination against individuals with disabilities.” Statistics prove again that legislation and the government don’t help our children.

“Black students are expelled from school at disproportionately high rates: Black boys represent 8% of all students, but 19% of students expelled without educational services.”

• American Indian or Alaska Native boys represent 0.6% of all students, but 2% of students expelled without educational services.

• Multiracial boys represent 2% of all students, but 4% of students expelled without educational services.”

“Black students are more likely to be disciplined through law enforcement:

Black students are 2.3 times as likely to receive a referral to law enforcement or be subject to a school-related arrest as white students.”

How do these statistics reflect our pledge of allegiance -

“liberty and justice for all?”

All children are OUR children!

How do these statistics make you feel so far?

Are we doing the best we can for becoming a village to raise our children?

The voices of our children are screaming for a united states that can pledge allegiance to a more just, compassionate and inclusive education and a unifying story for helping children come of age. Our future and the future of the entire planet depend upon this.

*From: Oxford University Press, Coming of Age the RITE Way:

“If children are indeed our future, then the stories about how we educate and help them come of age are the most important stories we need to get right. When we get those stories wrong our future will certainly be wrong. Our present reality, most recently captured in the CRDC report, is the future produced by yesterday’s stories – the policies and programs - of how we have educated and helped our children come of age. 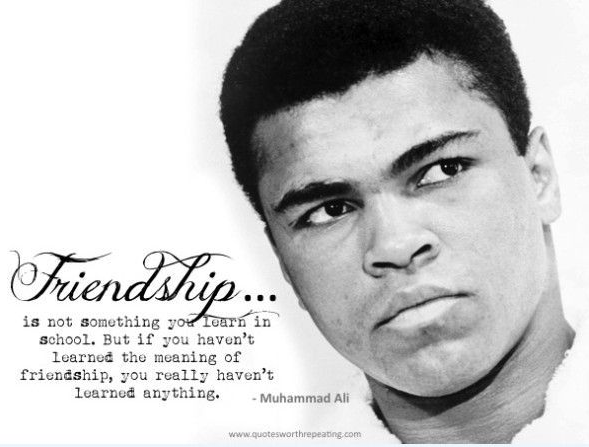 In addition to recent CRDC report there is abundant evidence on how we continue to get the story wrong about our children’s education, development and welfare. Getting the story wrong not only now but also in the past has given us the world we have today. Examples of this are environmental degradation and decline, volatile world financial markets, civil unrest, and social injustice around the world. Here in America, our story includes continued escalating political and social incivility with flashpoints erupting over police and civilian relations, especially those in urban communities and with the African American population. You need more proof? All the pundits agree that this has been the most volatile and contentious presidential election ever, full of vitriolic and racist remarks. It does not reflect a pledge to allegiance for “liberty and justice for all.” All indications lead to the fact that we have gotten the story wrong for a very long time and continue to get the story wrong.

Data Is Not the Whole Story

Data collected on our children’s development and well-being, such as the data in the CRDC report, reflect their voices. But does the data really tell the whole story? Data can give us statistics that measure the incidence of child abuse, high school graduation, teenage pregnancy, substance abuse, mental illness, delinquency, incidents of violence, and suspensions and expulsions from schools, and document the school-to-prison pipeline (Kim, Losen, and Hewit 2010, Mora and Christianakis 2012). But can data really let us “hear” the voices of our children? Are the mountains of statistics able to articulate the feelings of our children deprived of loving attention and craving a sense of belonging and connection to others, their community, and nature? Is the data guiding us in ways that strengthen our children’s sense of self and give them hope that they will find meaning and purpose in the world and lives that are fulfilling?

The voices of children of color (Madhubuti and Madhubuti 1994, Freire 1998, Potts 2003), Native Americans (Senese 1991), and others not in the majority scream loudly about widespread disparity in opportunities, supports, education, and economic conditions, which leads to a paucity of hope about achieving “success” and having a positive future (Alford 2007).

In the early nineties, the Search Institute (Benson 1997) began to study a set of qualities that foster desirable outcomes in youth, leading them to become caring, responsible, and productive adults. Roughly 17 percent of youth surveyed perceive that their “community values youth.” No more than 40 percent of youth perceive that they live in a “caring neighborhood” or attend schools with a “caring climate” (Ryan 1998, Goldstein 2015). A majority of youth surveyed believe that their community does not value them. Almost as high are the numbers of youth who perceive they do not live in a “caring neighborhood” and do not attend schools that have a “caring climate,’” (p1-2)

Quantitative data has become such a big part of the conversation on the meaning of particular aspects of life, like how our children are doing, that our children’s actual feelings, their real yearnings and deep sense of need, are increasingly obscured in such conversation. While helpful in many cases, data-driven decision-making (DDDM) sometimes takes the whole child out of formulating programs. A Rand report (Marsh, Pane, and Hamilton 2006) points out that DDDM will not guarantee good decision-making and that a variety of different data is needed to provide a broader picture of a “whole child.” 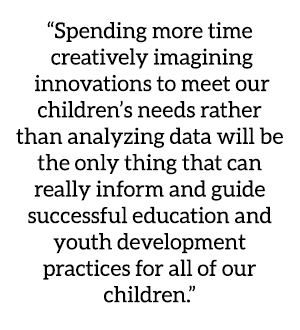 The report recommended spending more time creatively imagining innovations to meet needs rather than analyzing data. Taking action is far more challenging and frequently gets lost in the justification that more analysis is needed. In sports, this is called “paralysis by analysis,” (p.3)

There are so many striking and discouraging things about the CDRC report. The most damning part is the recommendations and solutions offered by the U. S. Department of Education. The same place (USDE) that has given us the stories – policies and programs - for educating and raising our children over the past decades has offered a list of recommended strategies to change the outcomes. These approaches and programs – these stories come from the same stories that have produced the present situation.

In case you need reminding – the definition of insanity is doing the same thing over and over again expecting a different outcome.

We need to change the story to change the future. No longer can we accept the tyranny of the random control trial (RCT) and fallacy of evidence-based approaches. In fact, more and more there is less and less evidence that anyone can reproduce the outcomes first achieved, with millions of dollars in support, for these well-intentioned, but unsuccessful strategies, (Rapkin & Trickett 2005). Many people are now coming to the realization that “These evidence-based strategies and their creators have oversold what they can do.” Now, more than ever, we need to move outside of our existing story and take a risk for the sake of our children and our future. 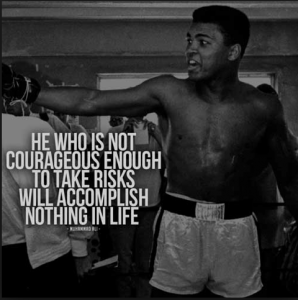 "I wish people would love everybody else the way they love me. It would be a better world."

"Hating people because of their color is wrong. And it doesn't matter which color does the hating. It's just plain wrong."

May it be so.
Thank you Muhammad Ali.
May you Rest in Peace.
Love,
David

2  Muhammad Ali in My Life

1960 - Ali’s speed, agility and innovative style was introduced to the world and me. He wins an Olympic Gold medal. I became a fan.

1962 - began boxing lessons with Joseph “Sandy” Saddler, featherweight and super featherweight champion of the world, 1948-51. Mr. Saddler asked me to teach him how to swim. I learned about reciprocity.

1964 - I listen to Ali’s fight with Sonny Liston on February 25th in my bed with an earpiece plugged into my miniature transistor radio.I learned about transcendence and believing in one’s self.

1967 – Ali is stripped of his heavy weight title for opposing the war in Viet Nam. His audacity, confidence and commitment to social justice made him my hero.

1968 - While participating in an event with Supreme Court Justice William O. Douglas I was jailed for protesting the war in Viet Nam. Muhammad Ali paved the path and showed me the way to spend the rest of my life in service and pursuit of social justice.