What You Can’t See Can Hurt You© ♥ 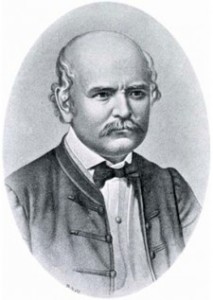 Ignaz Semmelweis was a legend in 19th Century medicine. His discovery saved millions of lives; however, he was vilified for his work at the time.

Why? And, what lessons can we glean for youth development from his work?

Semmelweis was a Hungarian physician born in 1818 who realized that what you can’t see can hurt you.

While working as a doctor in a hospital in 1847, Semmelweis noticed an unusual difference in the mortality rate of two groups of delivered infants. Midwives delivered one group of babies. Medical students or doctors delivered a second group. The latter had a considerably higher infant mortality rate than the Midwives.

Semmelweis observed that students and doctors who came directly from dissecting cadavers and into the delivery room must have been carrying something. Indeed, they were carrying what later became known as germs, the unseen microorganism that frequently produces disease.

He proposed a simple solution to eradicate the germs – hand washing. Once implemented, the baby mortality rates in the doctor group dropped substantially, almost to zero in many instances. 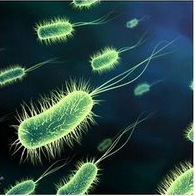 Dr. Semmelweis lectured widely about his newly discovered germ theory and results. The reception by the medical community was not only cold, but also hostile. His observations and theories went against the scientific opinion of the time, which blamed diseases on an imbalance in the body. The medical community also reasoned that washing hands before examining pregnant women would take too much time. Plus, doctors were reluctant to admit that they had, in fact, caused so many deaths.

While the younger medical students recognized Semmelweis’ contributions and tried to support him, the general reaction was negative and the majority of the medical  profession stood against his teachings.

The Little Things Are So Big

What does all of this have to do with youth development and rites of passage? Plenty. Here are 5 lessons:

1) “Evidence-based” practices clouded the capability of 19th Century medical professionals to see things any differently, especially things they could not see, like germs. Today, practices in education and youth development are “sanctioned” by belief in particular ways of working. Devotion to “evidence-based” practices prevents other approaches from “being seen” and adopted. In the words of Albert Einstein: "Not everything that can be counted counts, and not everything that counts can be counted."

2) Semmelweis pointed out something that flew in the face of the existing authority, which fostered considerable resentment, so his opinions were dismissed. Today, those who speak truth to power are also confronted with hostility and dismissal.

3) Both washing hands before a medical procedure, and creating a climate productive for learning and youth development are crucial. Just as hand washing was seen as a waste of time, we don’t take the time to create productive learning conditions for both the teacher and students.

4) Faced with Semmelweis’s discovery, the doctors and their egos would not admit they had caused harm. These days those without professional stature, citizens who may actually know something, are marginalized and policies that could improve education and youth development practices are not informed by their wisdom.

5) Younger people have an inherent ability to see beyond traditional views. In Semmelweis’ case, it was the younger medical students and doctors who understood his findings and tried to help him. Younger people, especially children, do not have a history of being subtly indoctrinated into a cultural imperative of what to think and believe. They are less inhibited and more able to ask the burning questions.

The More Things Change the More They Stay the Same

Evidence of rituals and rites of passage can be traced back almost 80,000 years. No species maintains a behavior unless it serves survival. Children and youth know they need initiation and a public rite of passage.

Yet, the significance of rituals and rites of passage lie outside of what today’s experts believe to be true. It does not easily align with contemporary science’s orientation to count and measure what can be seen. The epidemic of “evidence-based” practices are infringing in more and more areas of education, teaching and other strategies in the human services. Experts sanction only methods that they believe can be controlled and repeated in the same manner. Human behavior is not that simple. It’s hard to see and therefore difficult to understand that performance and outcomes are not about “technique", but about rituals and relationships.

So who has the time to focus on relationships when so much information has to be crammed into students for them to regurgitate on a test?

What you can’t see can save you.

Gratitude for conversations that stimulated thinking, provided wisdom and insights into medicine and science and helped organize words and get them out into the Universe:
William Lavine, DMD – Oral Ecologist & Center Board member
Steven Brower, MD, FACS Chief of Surgical Oncology
Michael Klausner & Bret Stephenson.
And, as usual for the technology interface Gurus Kehaulani Kekoa & Lori Antonacci