The Only Thing Constant in Life is Change ♥ 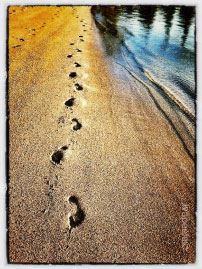 But No One Ever Wants To Change© 1

No one goes willingly into an initiation. Leaving a place that is familiar and entering the unknown is upsetting and causes considerable anxiety. Think about birth. This is the first initiation and rite of passage from the womb into the world. It is almost always announced with the screams from the newborn. A harrowing experience. And, that’s not just for the newborn, but for the mother, father and family as well!

END_OF_DOCUMENT_TOKEN_TO_BE_REPLACED

What If All Real Living is Meeting?

Posted on April 1, 2013 by David Blumenkrantz
A Conversation with Richard Geer, David Isaacs & David Blumenkrantz Integrating rites of passage into community organizing effects individual, group and community transformation that result in collaborative actions, which support continual adaption. When the Story Bridge process works as an explicit rite of passage, the bedrock wisdom of that ancient human tradition helps a community move from being a collection of alienated individuals to a cohesive force for committed action. Join the conversation in  Staging Change Institute – 2 April 25-28, 2013.  END_OF_DOCUMENT_TOKEN_TO_BE_REPLACED Posted in ROPE

Why Youth & Community Development through Rites of Passage Now?

Posted on March 4, 2013 by David Blumenkrantz 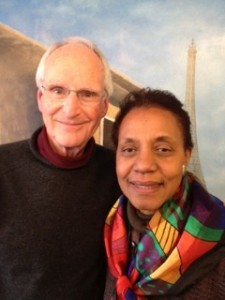 There are two significant and related challenges defining human progress. One is the need to adapt to a constantly transforming world. The other is the need to communicate and incorporate those adaptations into functioning and diverse communities. Indeed, the integration of adaptive strategies into viable social institutions has charted the course of human history.

Today, cultural changes, coupled with scientific and technological advances, are occurring with such rapidity that we find ourselves in a continually emerging “new world” – one that requires constant awareness and adaptation. Having to continually develop strategies to reconcile the conflict between what we know and what is constantly changing presents us with a set of ongoing challenges. The 21st century is clearly emerging as a crucial time. Recognizing the major transformations associated with the unanticipated consequences of technology and climate change is essential for adaptation, strengthening community, and ultimately, our survival. END_OF_DOCUMENT_TOKEN_TO_BE_REPLACED

Posted on February 4, 2013 by David Blumenkrantz
What’s the story? is the 1st element in the architectural structure for youth and community development through rites of passage. Stories, myths, legends passed down from previous generations convey values and ethics that serve survival. Everyone has a story that informs their world-view and beliefs, guiding their lives into meaningful actions. END_OF_DOCUMENT_TOKEN_TO_BE_REPLACED Posted in ROPE

Reflections On Helping Children To Make A Better World© ♥

Posted on January 2, 2013 by David Blumenkrantz
2012 offered many opportunities to stop and pay attention. Whether it was a major weather event like Super Storm Sandy or the random acts of violence culminating in the tragedy in Newtown, Connecticut. What’s going on? How are events related. END_OF_DOCUMENT_TOKEN_TO_BE_REPLACED Posted in ROPE

The Children are not well. END_OF_DOCUMENT_TOKEN_TO_BE_REPLACED

Earth is a living, sentient organism in an intimate interactive and interdependent relationship with all living species, including human beings - a truly symbiotic association. This is a constantly evolving and adapting ecosystem where Earth and its ally, weather, when needed, serve as an initiator of humans in order to transmit essential lessons necessary for whole planet survival. END_OF_DOCUMENT_TOKEN_TO_BE_REPLACED