Posted on June 2, 2014 by David Blumenkrantz


Time for a Unifying Story©
By David G. Blumenkrantz 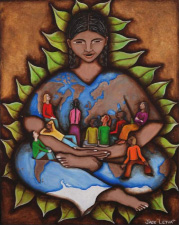 Stories are part of the human experience. “What’s the story?” is the first of 20 elements that serve as guiding principles in an architectural structure for youth and community development through rites of passage. “What’s the story?” is an invitation to a conversation for exploring a situation. Community-oriented rites of passage recognize the historical significance of initiation and rites of passage as a central organizing process of our human species. When designed and organized within a community it strengthens the bonds of belonging and sense of community among citizens that fosters resiliency and adaption essential for our survival.  Rites of passage have been our unifying story in villages across cultures and around the world for millennium. END_OF_DOCUMENT_TOKEN_TO_BE_REPLACED

Change the Story, Transform the Future© 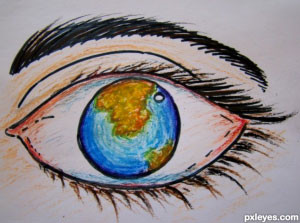 Humans are curious creatures. We organize our perceptions of the world through stories to explain mysteries and help us feel safe and secure. Story making comes from our natural inclination to have an internal dialogue with ourselves that narrate our experiences in the world. We creatively imagine our selves in relationships in ways that provide meaning and make distinctions between the sacred and the profane. Just because we create a story to help us understand and explain a mystery doesn’t mean we get it right. END_OF_DOCUMENT_TOKEN_TO_BE_REPLACED

Posted on April 8, 2014 by David Blumenkrantz 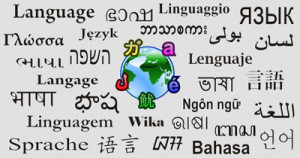 Stories are formed from words, which are the building blocks of language. Each letter, each word is nuanced by the context and culture that breathes life into its language. Stories make present what was in the past in ways that can help us survive into the future. When the Jews began to settle in Palestine at the end of the 1800’s one of the first things they did was establish schools to teach Hebrew. Reading the original text of our ancestors was central to a deeper sense of connection with the land they were re-entering and come to know their place in it. Today all children enrolled in Jewish education learn Hebrew. It is one of the central reasons this culture has survived against tremendous odds for over 5,000 years. END_OF_DOCUMENT_TOKEN_TO_BE_REPLACED

The Busyness of Raising Children: Are we nourishing the lives of our children?©

Posted on March 3, 2014 by David Blumenkrantz 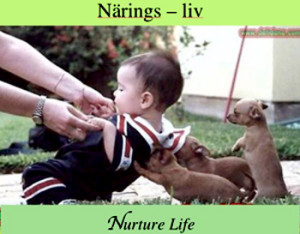 The Swedish word for business is närings – liv. It means nourishment for life or nurturing life. In English the word business means “to be busy” - “a state of being much occupied or engaged”, or “what one is about at the moment,” (comes from bisignes in Old English 1).

What are we about in every moment we are in the “business” of education and child development? Yes, business. What has happened over the past 100 years is a burgeoning of business (busy-ness) in education and youth development which some have termed the “child industrial complex”… a far cry from the idea of business as “nourishing life.”

END_OF_DOCUMENT_TOKEN_TO_BE_REPLACED

Posted on February 2, 2014 by David Blumenkrantz


I first heard this old Yiddish story, which has roots in the Talmud, from Rabbi Adin Steinsaltz 1. 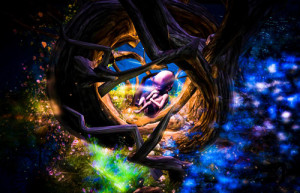 While we are in the womb, we know everything there is to know about the universe, but we forget it all at birth. At a later time, to help us remember, God runs a finger from the bottom of our nose to the top of our lip. That’s why there’s an indentation. END_OF_DOCUMENT_TOKEN_TO_BE_REPLACED

Posted on January 2, 2014 by David Blumenkrantz 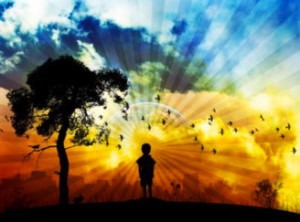 Rabbi Abraham Joshua Heschel said:
"Prayer is our humble answer to the inconceivable surprise of living."

Rabbi Ms. Brous answers: “So many people walk around in life so aware of what they don't have, what they long for: the love that they haven't found yet, the absence. They're so aware of the absence. And what Heschel says to us is, 'Look at the presents, figure out what you do have. Look at the world with awe and wonder, and the amazing miracle that your skin holds the blood inside your body.' The world is as extraordinary there are so many incredible blessings around us. Our spiritual challenge is gratefulness, which makes the soul great. Find a way to be grateful for what we do have, because it's simply not fair to live in a world and only be conscious of what you do not have.” END_OF_DOCUMENT_TOKEN_TO_BE_REPLACED

Posted on December 9, 2013 by David Blumenkrantz


In No Ordinary Time, The Story of Eleanor and Franklin Roosevelt, Doris Kearns-Goodwin details the relationship between Winston Churchill and Franklin Roosevelt. Her accounts portray the deep respect and affection that these two men had for each other. She even characterizes it as “love.” How did this happen? 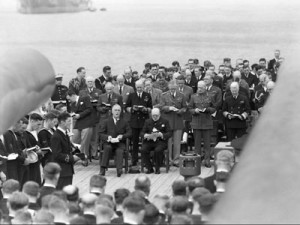 President Roosevelt and Winston Churchill seated on the quarterdeck of HMS PRINCE OF WALES for a Sunday service during the Atlantic Conference, 10 August 1941.

Kearns-Goodwin describes a scene following the Atlantic Conference of 1941, which set forth strategic commitments on the part of Britain and the United States. She writes; “For both Roosevelt and Churchill, the emotional peak of the conference came on Sunday morning, as Roosevelt boarded the Prince of Wales for a religious service, complete with the singing of a dozen common hymns… Holding hymnbooks in their hands, the two leaders joined in song, with hundreds of British and American sailors crowded together side by side, sharing the same books. ‘The same language, the same hymns and more or less the same ideals,’ Churchill mused that evening. ‘I have an idea that something really big may be happening - something really big.’ ‘If nothing else had happened while we were here,’ Roosevelt later said, ‘the joint service that sunlit morning would have cemented us.’ For one brief moment, human togetherness gained ascendancy. Over the vast ship, so bright and gay with its glittering colors, there was a unity of faith of two people. ‘Every word seemed to stir the heart,’ Churchill attested, ‘and none who took part in it will forget the spectacle presented…. It was a great hour to live,” (p.267) END_OF_DOCUMENT_TOKEN_TO_BE_REPLACED